Hello, welcome to my user page. As you already know, my username is Gunnay (formerly known as CSW2008, but I don't really know why, I think I just typed in some random stuff but idk).

I am a Content Moderator and Admin on this wiki. If you would like to say something or have a question, leave a message on my message wall - I will get back to you as soon as I can (I may have different timezone than you, so I might not be able to answer straight away).

I am very active on this wiki. I come here a lot. I like to edit and expand shorter pages, sometimes create pages or create polls, as well as try to get rid of fan-made content and vandalism. I am also trying to add 'roles' sections to every character's page. I usually try to edit about 10 times a day but sometimes I might be busy and do less while other times I'll do more. Sometimes I will edit a lot and sometimes I won't edit much.

My goals on the wiki

What DOAWK stuff I have seen/read and my favourite characters

I have read all the books in the series (Rowley's books, movie diaries, Do-It Yourself and Diary of Greg Heffley's Best Friend included) and seen all the movies (including Chirag's Trail of Tears and Class Clown). Some of my favourite characters include The Grout, Gammie, Frisky, Bampy and Peepaw.

I am a part of a group called WBW (Wiki Bomb Watch). If people see Fan made pages, Vandalism, Non DOAWK related stuff or non-canon content, tag me or another member of WBW we will handle it.

My rankings on the Wimpy Kid stuff:

Discord and others wikis I'm on 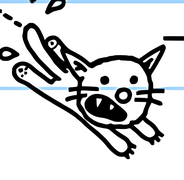 This is a cat named Frisky 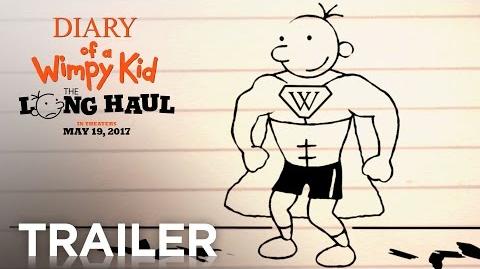 Some character I forgot
Community content is available under CC-BY-SA unless otherwise noted.