Diary of a Wimpy Kid Wiki
Register
Don't have an account?
Sign In
Advertisement
in: Articles marked for cleanup, Pages with content warnings, Actors,
and 7 more

Rodney James
Ryan Grantham (born 1998) is a Canadian actor who is best known for his the role of Rodney James in Diary of a Wimpy Kid (2010 film) as well as Jeffery Augustine in Riverdale.

His trial is currently ongoing, his lawyer wants Grantham to be eligible for parole in 12 years while the prosecution asks for 17 to 18 years.[3]

Ryan first debut was in The Secret of the Nutcracker in 2007, playing the role of Billy. Since then he has been in numerous TV shows and movies including Supernatural and Becoming Redwood with his last role in 2019 as Jeffery Augustine in Riverdale.

Ryan Grantham was born in 1998 to Barbara Waite and his father in Squamish, British Columbia, Canada. He practiced acting as a kid and enrolled in schools that specializes acting. Ryan begins working in the entertainment industry at the age of 9 in 2007.[4]

On March 2020 Ryan shot his 64-year old mother in the head as she was playing the piano. A day later he drove east in his car which was packed with 12 Molotov cocktails, three guns, ammunition, and plans to kill Canadian Prime Minister Justin Trudeau. Grantham instead changed his plan and turns himself in to the Vancouver police headquarters.[5]

His sentencing began on June 13, 2022. His lawyer argued Ryan did it due to his mental illness including an intense period of clinical depression but prosecutors stated Ryan committed a "heartbreaking breach of trust," saying his mother was an excellent parent and he had no reason to fear her.[6][7] 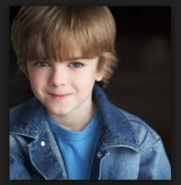