In 2004, FunBrain and Kinney released a web-book called Diary of a Wimpy Kid and the website made daily entries until June 2005. The web-book was a instant hit, reaching 20 million views by 2007, causing many readers to request a published version of the web-book. Kinney agreed and released Diary of a Wimpy Kid in 2007, but the book version was quite different. The most notable difference was that the drawings were edited using programs, the plot was slightly changed, and the book was also a little shortened. To date, nineteen Wimpy Kid books have been released, including two Do-It-Yourself books and four Movie Diaries. 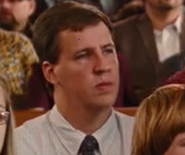 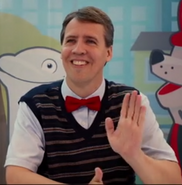 Cameo in The Long Haul.

Add a photo to this gallery
Retrieved from "https://diary-of-a-wimpy-kid.fandom.com/wiki/Jeff_Kinney?oldid=165497"
Community content is available under CC-BY-SA unless otherwise noted.