Home Depot is a store that appeared in the online version, when Greg said that Mr. Mooney (Mr. Litch in the books) thinks he honked the horn of his car, but it was really Kenny Keith, so Mr. Litch took them both to a Home Depot for 45 minutes. It also appears in Rodrick Rules when Greg said that Rodrick and Ward put fake vomit on people's cars there. It replaces, the Stop and Shop from the online book. 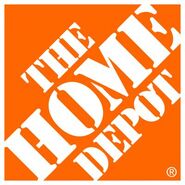 Fake vomit in someone's car and Rodrick and Ward laughing.
Add a photo to this gallery
Retrieved from "https://diary-of-a-wimpy-kid.fandom.com/wiki/Home_Depot?oldid=147286"
Community content is available under CC-BY-SA unless otherwise noted.