Diary of a Wimpy Kid Wiki
Register
Don't have an account?
Sign In
Advertisement
in: Unconfirmed, Books, Real Life Books,
and 9 more

The information on this page is unconfirmed.

Please remove this template once or when the information is no longer unconfirmed.

Diary of a Wimpy Kid: Big Shot[2] will be the sixteenth book in the original Diary of a Wimpy Kid series. On Twitter, Jeff Kinney said that he was working on both Book 15 and 16 both at the same time, and book 15 was finished. Kinney would reveal in an interview with The Boston Globe that the book would be about sports, a story he wanted to explore in the series for a while and that he thinks he finally “nailed it”. [3] A teaser for the book was released on March 5th, 2021 on Amazon. The cover was revealed on May 26th of 2021, 5 months before the later release.[4] The book is set to be released on October 26th of 2021.

After a disastrous field day competition at school, Greg decides that when it comes to his athletic career, he’s officially retired. But after his mom urges him to give sports one more chance, he reluctantly agrees to sign up for basketball.

Tryouts are a mess, and Greg is sure he won’t make the cut. But he unexpectedly lands a spot on the worst team.

As Greg and his new teammates start the season, their chances of winning even a single game look slim. But in sports, anything can happen. When everything is on the line and the ball is in Greg’s hands, will he rise to the occasion? Or will he blow his big shot?[6] 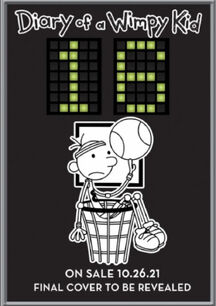 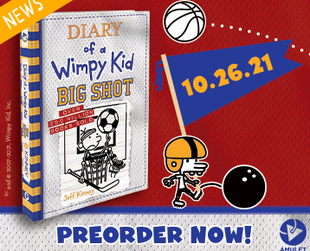 Header Teaser for the 16th book. 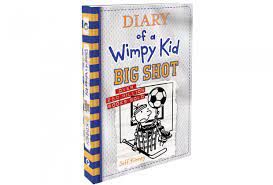 6. Sneakpeek of the first day

Community content is available under CC-BY-SA unless otherwise noted.